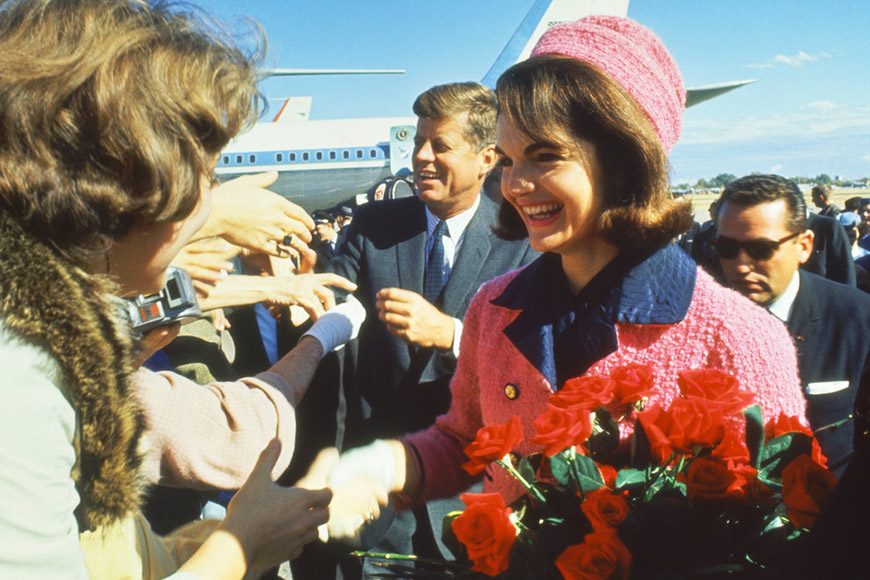 «Be simple – show these Texans what good taste realy is.»

Ladylike, but youthful, formal but fashionable, the «Jackie» style caught Americas’s atttention and made the young woman a fashion icon. This picture isllustrates Jackie’s trademarks: the simple coat, the white gloves, the hair by Kenneth. In 1961 Oleg Cassini became her designer, telling her that she could only wear his clothes – although she would occasionally consult with Diana Vreeland at Harper’s Bazaar. In return, Cassini created a wardrobe for the First Lady. It had a pared-down elegance and an informal spirit that was unusual. She rearly wore patterns and stuck to simple shapes: sleeveless boxy shift dresses with matching coats and accessories. Halston was her milliner, creating her famous style. Jackie always wore glooves and rarely wore jewellery, except for occasional pearls. As with her clothes, Jackie liked her shoes ‘slender… but not exaggerated – no tricky… business – timeless and elegant’.

From Phaidon’s «The Fashion Book»

In the late 1950s and early 1960s, the Chanel suit was one of the strongest symbols of bourgeois female chic that could be found anywhere in the Western world, evoking a powerful image of a sophisticated, intelligent and independent modern woman. Pink was, however, new to fashion in the 1950s and was a color loved and even popularized to an extent in American fashion by Mamie Eisenhower, who endorsed a color which was also called “Mamie Pink.

Given that the Chanel suit was a strong statement of an independent woman, the color pink has an element of traditional femininity, perhaps evading the foreign and feminist attributes associated with the Chanel suit in a conservative American society.

A pink Chanel suit was worn by Jacqueline Kennedy on Novembre 22, 1963…
Made of wool bouclé, the double-breasted, strawberry pink and navy trim collared suit was accompanied by a trademark matching pink pillbox hat. It had first been shown by Coco Chanel in her 1961 autumn/winter collection.

«Be simple – show these Texans what good taste realy is.»

After President Kennedy was assassinated, Jacqueline Kennedy insisted on wearing the suit, stained with his blood, during the swearing-in of Lyndon B. Johnson and for the flight back to Washington D.C. with the President’s body. Her famous words, she told to Lady Bird Johnson were:

«I want them to see what they have done to Jack.»

Jacqueline Kennedy wearing her blood-stained pink suit while Johnson took the oath of office as president. Since television and newspapers in the beggening of sixties were in black and white, most of the American public would not have known the color of the suit. That it was rose became widely known only after the pulication of the Warren Commission report in a color magazine in October 1964.

The suit was recreated for Natalie Portman in «Jackie» by costume designer Madeline Fontaine. «Once Chanel saw the finished product, they gave us the correct button, chain and label from the period», said Fontaine. «It was a nice acknowledgement of our work.»

The original suit, though, remains sealed at The Smithsonian Institution Museums in Washington D.C. until 2023. 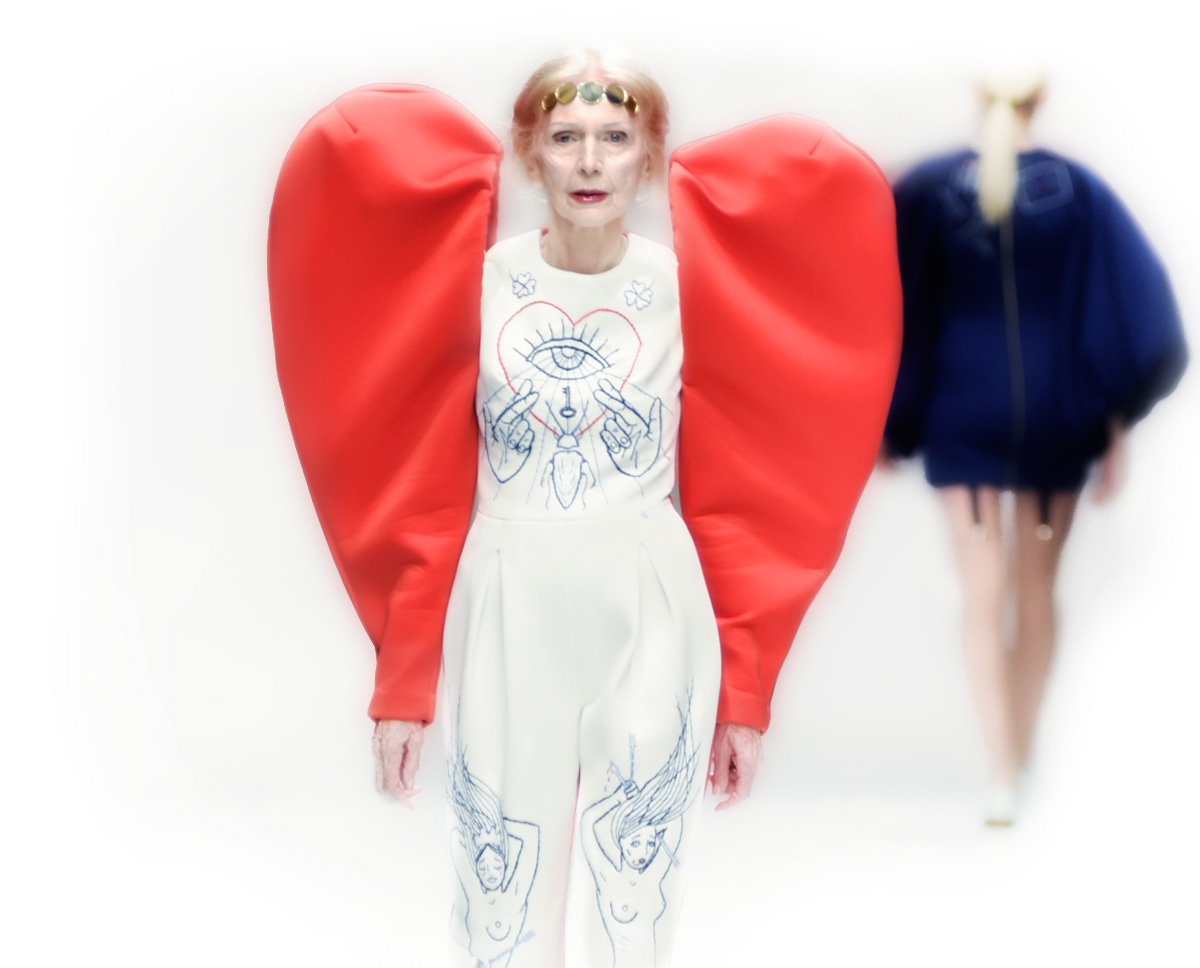 WEAR RED. WITH ALL YOUR HEART.