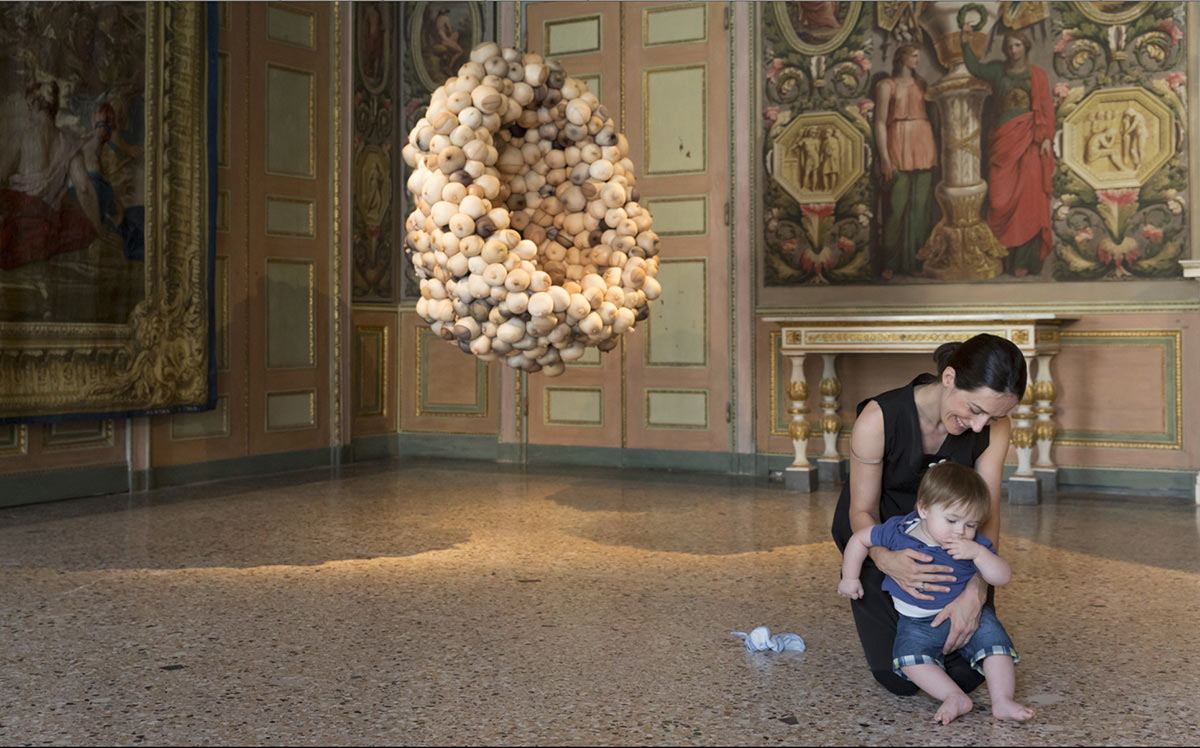 Is the need to be a perfect mother unique to our time? Is it harder to accomplish now than it was earlier? We invite you to share your experience and advice about mothering. First in line is my friend Victoria from California, who shared her struggles of being a mother in America in the 90’s.

All of us have that one special friend, who we like confiding in more then to our mother or even our best friend. This special friend is usually one from a different generation, someone who we might not spend time with regularly but who we come to in times we need support or reassurance in our feelings, decisions, dreams.

My special friend is Victoria, who I met in a period of motherly loneliness, in a place where people are less receptive then they are wealthy. However, she was both. Born in New England, she finished the prestigious Wellesey college (Remember the one from “The Mona Lisa Smile, with Julia Roberts?)While bored in this small Swiss lakeside town, we watched Wes Anderson movies, celebrated Thanksgiving and wedding anniversaries together, planned our next steps. She went to California, I went to Belgrade.

I wrote to her recently, talking about this sudden surge of empathy I get when seeing a young mother, alone, pushing a stroller. It seems to be a global syndrome of our times – anxiety perfection syndrome. It is especially cruel to young mothers. How do you be a perfect mom in todays world? After we exchanged a few lines of platitudes and theoretical references that only seemed to deepen our generation gap, I got a real response – friendly, honest, motherly. She told me everything, and I understood. The only thing left to ask was to share this personal story with all of you. She agreed right away.

I ask you all to join us. Tell us everything! 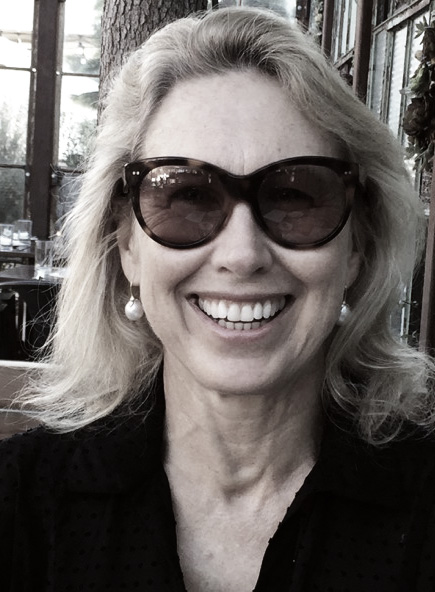 This is all about Motherhood, and above all, me. So only read if you really have time to kill! THANK YOU, in any case, for creating this opportunity for me to talk/think about my experience! Perhaps it will have something helpful for you, but I’m not sure about that!

Its really not possible that anyone is working any harder at mothering than I did, or that it was easier for me – I know many young mothers now. I was ahead of my time in what I took on! And mothers now are allowed to care about what happens to themselves, it was not a cultural consideration in 1988! Now I go to exercise class, in a room full of mommies and babies. I’m not sure I made the right choice back then, but I had to try.

We had the competitive pressure, and the tremendous noise of our culture. But I wanted to find a way for my kids to have a chance for undirected exploration and decisions, and not be trapped by unhealthy demands to “check the boxes” and live their childhood for college admittance.

Our kids went to good lower schools, but then I made it possible for them to do a million other things. I’d work every day to get them to all kinds of classes, places, experiences; to train them to shop, do chores, and manage without a mom or maid; to make critical judgments about media &advertising manipulation; and to have simple fun, sometimes doing crazy things like driving to the beach after dark with the Stones on the car radio to run around in the moonlight – even on a school night! I had to do most of it without a partner.

It was an intellectual and physical challenge that was based on love – rewarding in itself. But the tough part was to not have needs of my own.

Some of the classmates’ mothers seemed to resent me because they thought I put in so much time (I’d take their kids too) to achieve some competitive advantage for my kids, OR because I was neurotically living through my kids. They knew their husband wouldn’t like them to look tired. I had not anticipated any of that. For me, the children were just so receptive, it seemed like such an unmissable moment to share life with them. We never ate in front of a TV.

It shouldn’t have been a surprise to me, but it was, that some parents around me were selfish and immature themselves – they didn’t quite see that this exhausting competition to get their kids prepared to “succeed” should include learning to help and accept, ethics and exploration, too. It seemed that everything was turned into a competition. Is that really education?

To be fair, I brought my own wonderful education and real life experiences, real joy and tenderness to our days. It’s a bit harder to do that in adult life, but you try! To complete my picture of U.S. mothering in the 1990s, my mother told me I was an idiot, that it was unladylike to spend so much time mothering, we should hire people for that. And when the kids were grown there’d be no one for me. And they wouldn’t remember any of it anyway – the belief in the 1950s. But I remember! 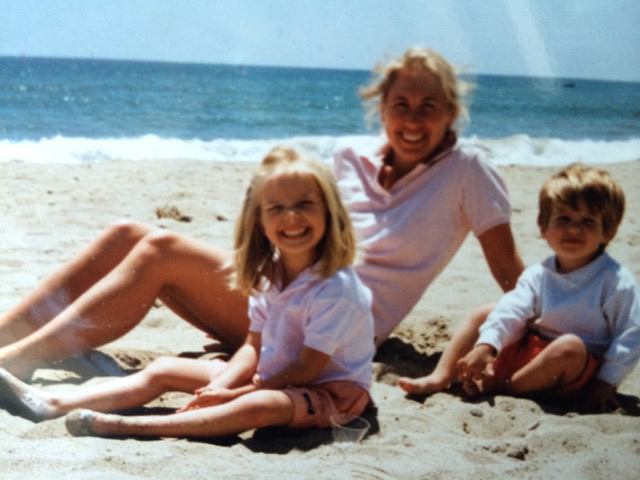 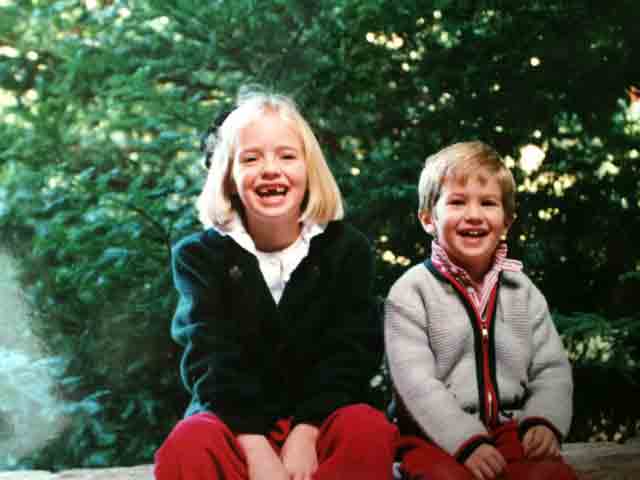 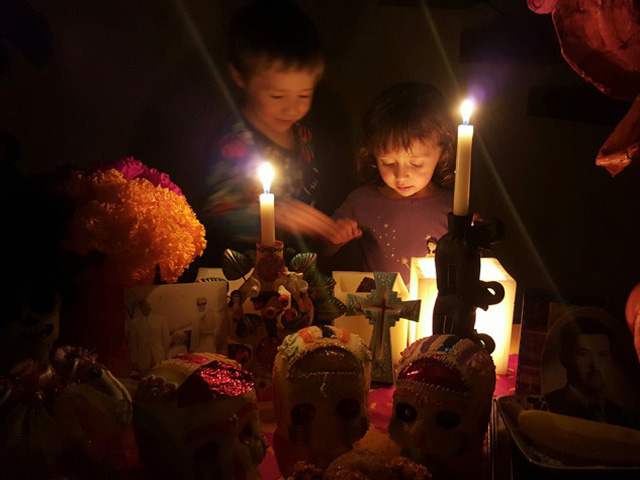 I was effaced by this task. There are no photos of me, I was the one behind the camera! But every year some teacher would take me aside and say something like “How are you doing this? Your kids come to school so happy and eager to learn,” or “If other parents were like you, we wouldn’t need to have parent – teacher conferences.” So I thought I was doing all right.

We could be pretty crazy and loud at home (we had a futon for wrestling). We also did things that allowed the kids to observe that there were different ways to conduct yourself in different places – times to quietly absorb, music or art – as well as times to vent – or just to be considerate of others. And times when I still have no idea what they were doing.

It was a relief and reward to have people who loved and studied children see that I was truly trying to give mine a 3D life, to give them the tools they’d need in a Brave New World that I couldn’t imagine, for them to have deep resources of both ethics, knowledge and personal habits to draw on.

Eliot (Victoria’s son) says he wants to raise his children the same way, and Jardine’s husband told me that every day Jardine (V’s daughter) does something with her family while saying “Nonna did this.” That’s gratifying. But of course, the society they have to live in now is not a perfect fit for them! Just leaving them on the street on their own would have better training for that!

I was so crushed and utterly physically exhausted by years of willing myself into redirecting every ounce of energy I had, and denying every personal need, that after they all left home I thought I’d permanently collapse in a heap!

(Instead I went to Switzerland and walked by the lake with you!) As B (V’s husband) has matured he has begun to appreciate the sacrifice it was. I suspect in other places or families it might not have been quite so tiring. Maybe.

If you are a real success at mothering, they leave. It’s the only job where success means losing!

So, Jardine is gone, out into a real world that is not as she expected. But I feel at ease with 28-year-old Eliot, to my surprise- I’d let him raise himself more, at his insistence, the stubborn boy!

Jardine and I had amazing experiences together when she was little. One day when she was only 4 year old – in her “Nursery school” which was a square of rooms around a light-filled courtyard open to the California sky, with enormous vines wound around the loggia where birds were nesting and singing – huge ashes began to fall silently into the courtyard. Parents arrived to silently take their children home. It was the famous “L.A. riots,” only a few miles away. We had no idea where or when or how it would end. Jardine got in the car and asked what was happening.

She had once asked about the graffiti on the walls along the highway. I’d told her it was painted by older kids. She asked who would want to hang around and paint on a busy highway? And I had explained there were kids who had not been prepared to be of any value to society, so they had nothing better to do. She was shocked. Now driving home in the smoke, I reminded her of those kids and said the police had made it clear to them that they were being anti-social, and a problem to others. That was sort-of the police’s job. The kids felt fed up and set their town on fire. I said it was not really the fault of the police, or of the kids, it was just sad they had no worth, no future. And she replied sincerely, “Does that mean if they burn down our house, we say we understand?”

Another day at the same school, when I came to pick her up, the teacher said, “Come look.” They were painting pictures of trees that day – barely recognizable, but very colorful. Jardine had painted the branches, the trunk, the ground, and the roots below.

No matter how much effort we make, or don’t, they grow up and we miss them. I’m happy now to learn how to love more simply, lightly – that’s often hard for only-children, as I am.

Well, dear, darling friends, perhaps some of this will be useful to you. I would wish that.