Every holiday serves as a reminder of the past, and Labour day should celebrate workers. If it doesn’t, it loses all of it’s meaning.

We approach the wide open gate of a former textile factory in Kragujevac, called “22. decembar”. Verica and Ana share a shy smile, but their step is decisive end even a bit sassy. There’s no security around, and the parking lot is filled with expensive cars. Verica, a former clerk and accountant at the factory, proudly points to the first building: “This is where I used to work for years, this is where the directorate was. Up over there is the sewing room”, she says, referring to the production building. It’s a beautiful day, but there’s a weird feeling: we are- very likely illegally- on private property of something that used to be the workplace of these women, where they spent their days, where 30% of their paychecks went to investments, where they still legally own 19% of shares that they endlessly fight over in court.

We’re also at a crime scene. Three years after it’s privatization, in August 2009, around 30 workers went on strike. Hided “thugs”, in lack of better word, were sent to throw them out. Tear gas was thrown, they were dragged across the floor, violently pushed out…. This scenario- that more closely resembles a terrorist attack- was carried out in daylight, at around five in the afternoon, and “screaming could be heard all over the village”. “These men were our fellow citizens, in the days that followed they would greet me on the street, like nothing happened….I used to cut their hair, I knew their mothers”, Ana explains bitterly.

Four women managed to hide in one of the offices, push all the furniture to the door, and waited, shaking, listening to the cries of their colleagues outside. “Many of them still take antidepressants, they can’t forget the humiliation”, says Verica. This event, as well as their company shares, remain without a court epilogue to this day. „It was the 70’s and beginning of the 80’s, I worked for a percentage pay, there was a lot of work. I’d work 12 hours on some days. But I guess that was unacceptable: how can a hairdresser make more than her superiors?” When she asked why the salon was being closed when it worked so well, she was told “You gossip a lot there…”. Ana then opened a private salon where she successfully worked until retirement.

Verica, on the other hand, in the years following the factory closing, turned to her “second love”: gardening. She works at the farmer’s market to make up for her extremely low pension. When asked how come they didn’t receive any help from their fellow citizens after the tragedy and injustice they’ve endured, they both had the same answer: “There’s despair everywhere, everyone’s looking out for themselves, they have no time for others.” Ana says she used to always spare time to join the workers of another factory in their protests. “I knew it was in my best interest to help them, that there is a mutual interest…But people only realize that when it’s to late, when disaster comes to them” 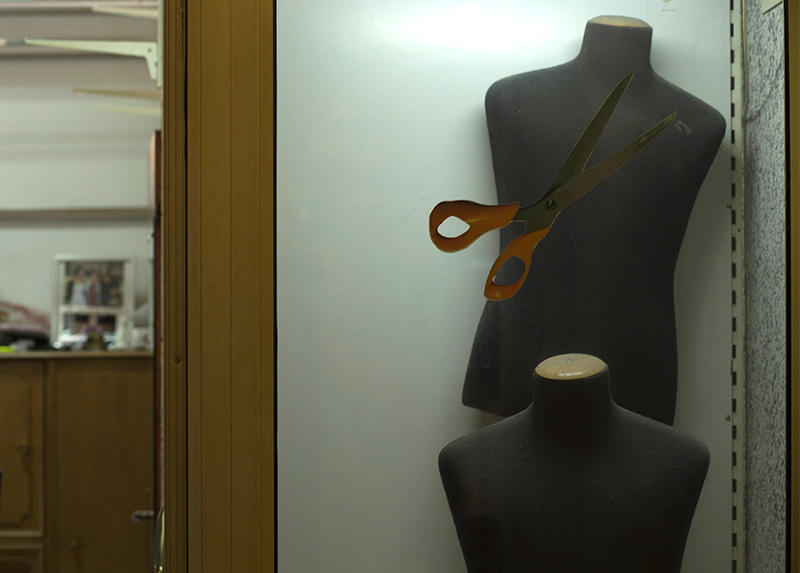 The rest of the workers who’ve been let go struggled to find their way. The ones who worked in production had it worst. We’ve met a seamstress who left the factory two years before it’s demise and opened up her own shop. Gordana still works there, though she claims it’s very hard. “When I started off, there were only two other tailor stores in town. Today there’s hundreds”, she says while hemming a pair of jeans. The competition is so fierce that she hadn’t changed her prices in five years, while prices grew elsewhere. Despite their shared experiences, there’s a notable lack of solidarity. Zorica concludes : “That’s just women. Always divided”. There’s another seamstress from the factory working with Gordana. They both conclude “We were a 1000 times better off in a state-owned company“.

The much praised “entrepreneurial climate” in Serbia is obviously not very favorable of small businesses, especially women-owned. While foreign companies such as “Jura” make headlines with stories of workplace horror and remain unpunished, women who emerged as losers in the face of transition are left to themselves and to the mercy of a very corrupt, brutal market“

M. from Belgrade, says she has “catering in her genes”. Her brother, father and husband have all worked in the industry, and she helped them all out. Today, however, she has a divorce and an unsuccessful business attempt behind her. To her, a single mother, the state turned a blind eye. The infamous incentives and grants offered to business owners seem to only be for monopoly companies. After closing her cafe, M gets a job in a bakery. Her hard work, dedication and experience earned her the position of “store manager”, and doubled her paycheck. Her job description, however, hasn’t changed much, but her obligations have expanded- M is expected to bake bread, serve customers, and take care of the other employees. For the extra work she does, she gets bonuses: “I can’t really called them “rewards” when they’re something I’ve earned”. She is aware that not everyone can do her job. “My children have grown up, but women with young children can’t work overtime at this pace, they understandably want to spend more time with their kids”.

Milica Lupšor, from Zrenjanin, is another example of a women who ventured into enterpreneurship. She opened a textile store that she soon had to close because of excessive state taxing. Since then, she mostly goes by doing “seasonal work”- a rather convenient but very misleading name for the work she does. „For me, and most of my colleagues, this is the only work we do and only source of income we have.”

Seasonal work is a sort of blind spot in the Serbian public eye and Labour Law, and one of the most fertile sectors for fraud.” Besides most of the workforce consisting of women, most workers are there “illegally”, through youth organizations, under someone else’s name (usually a cousin or a child), not protected by labour rights or workplace safety laws. Under these conditions, there’s no room for negotiation with employers. In an attempt to shed some light on the fates of her coworkers, Milica often hit a wall of fear and shame. Scared of losing their job, or of “word getting around”, seasonal workers are not ready to leave anonymity or form some sort of political organization. Speaking about the case of female workers who were forced to wear a red armbands while on their menstrual period, Milica explains that the fear of people hearing about it was even stronger than the humiliation they were subjected to, and she wasn’t allowed to to make the story public.

Wages for seasonal work also vary across Serbia. In the Banat district, which Zrenjanin is a part of, as well as other areas around failed industrial centers, a huge number of people who lost their jobs contribute to a fierce competition among the “labor reserve”, which leads to extremely low wages for very demanding work. In places that tend to “stick together” more, where people are not as exhorted, the wages are sometimes up to twice as high. Patriarchal relationships also come into play: “male” jobs are always paid more, except when done by women. “There’s often not enough men…You know, they’re ashamed to work for less than a 1000 dinars. Women are not ashamed of anything when it comes to fighting for their family.” After a long day of harvesting, folding, collecting, sorting… these women leave the fields and go home to another, non-paying job- cooking, cleaning, washing, child and elderly care, and finally their too proud partners.

Milica, however, doesn’t give up. With The Association for Women’s Labor Rights “ROZA”, she attempts to devise a solution for regulating seasonal work, as well as other sectors in which work conditions are well below the line of human decency. Her biggest obstacle so far, besides dysfunctional institutions, is connecting women and encouraging them towards political engagement. The risks are great and, in recent history, victories are rare and Pyrrhic.

More and more young people get jobs in customer service. The work is exhausting, but the money is decent. J.R, an Agroeconomy graduate from Belgrade, says money is definitely a motivation, but not the main reason she chose to work in this department. “What’s important is that it’s a foreign company, I’m gaining work experience, and there’s always the possibility of moving up, even in different departments”, she says, explaining she hopes to eventually move on to accounting. She doesn’t feel bad about not having the job she was educated for, or being overqualified for her position. After stopping to think for a moment, she says “After all, every other employee has a college degree too. Every single one of them.” Although she doesn’t complain of much- and really appreciates the cooperative working environment- she does admit that there are problems with management. Most of the time, they’re incompetent “outside people”, whose only palpable skills seem to be “bossing around”. J.R. is raising money to lead the country, if the opportunity presents itself. “Although it is really hard if you don’t have any relatives and papers…only electrical engineers succeed” she adds, jokingly. 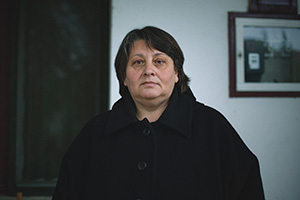 In the postmodern world, even movies don’t have a clear beginning or ending. Life even less so. Despite waiting for some sort of clear cut, the world moves on in a hazy, infinite loop. Ana laughs, at the rooftop restaurant of Hotel Kragujevac: she’ll manage to afford a vacation for her and her daughter this year. While we walk through the city, almost every passerby stops to greet her. Hairdressers have always been notorious confidants. Milica shows us out of her beautiful house in the village of Ecka, proud of all the work she does to get women to fight for their lawful rights. J.R. tells me about all the weird phone calls she gets, from an old man in the UK who forgets to plug in his modem. M. greets her customers every morning with a bright smile and the smell of freshly baked pastries. Verica looks longingly at the factory she used to work in, as we drive away. None of them have given up: they keep fighting in their own way, boldly standing up to the challenges they’re faced with. Some of them are protesting, while some of them work on May 1st. Every holiday serves a a reminder of the past, and Labour day should celebrate them and all of their wins and losses. If it doesn’t, it loses all of it’s meaning. 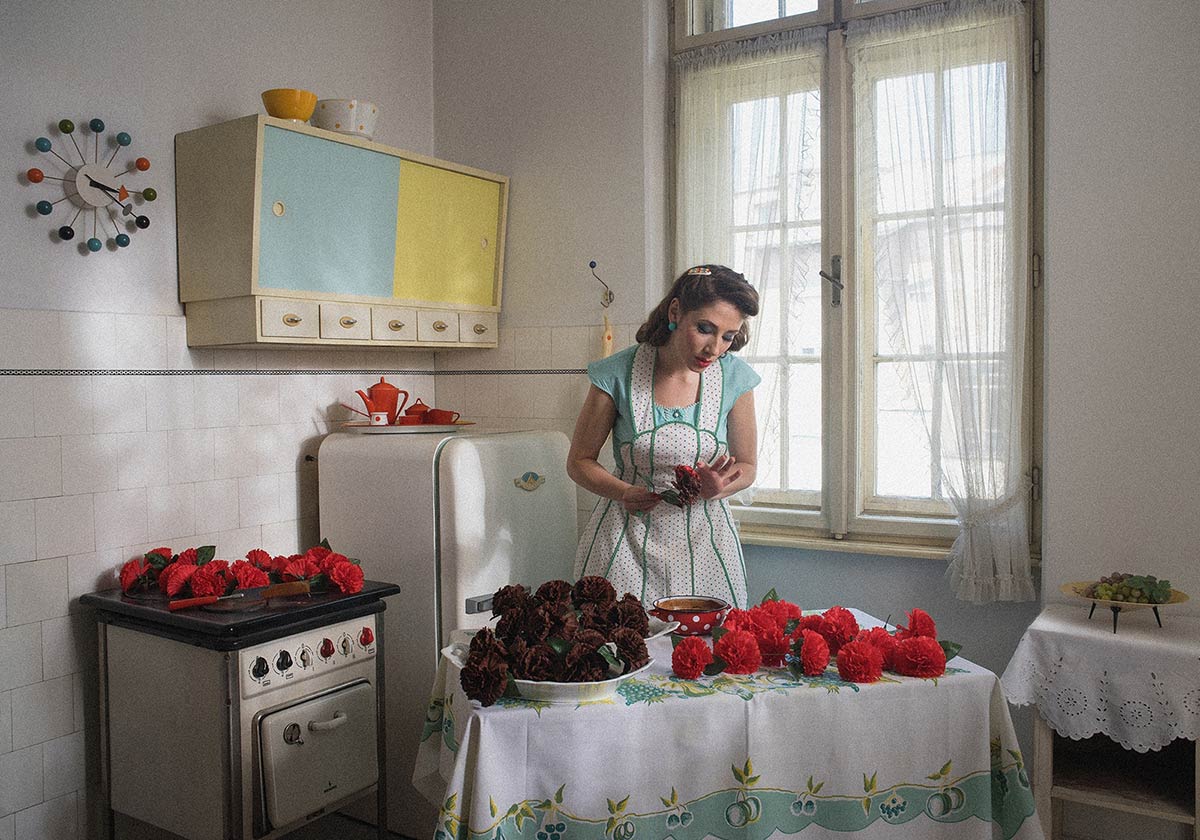