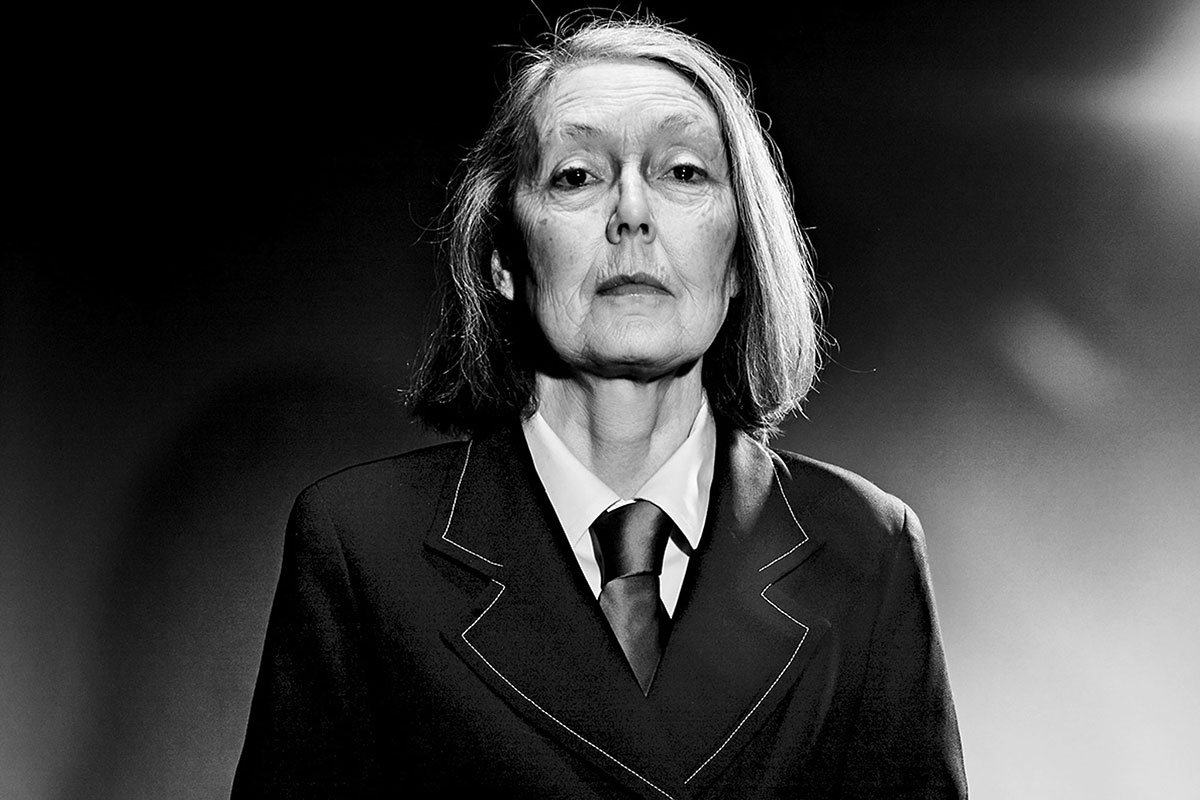 A selection of poems translated by Alen Bešić to be published in Spring 2017.

Anne Carson, born 1950, is a Canadian novelist, poet, essayist and Classics professor. Having had what could be called a very unconventional writing career, Carson gained many fans – with both readers and critics. Her radical but gentle approach to poetry incorporates literary, philosophical and historical references that often stem from Classical antiquity in which she specialised in.

Anne Carson’s opus is eclectic, diverse and paradoxical within it’s own narrative, based on seductive, sharp language with complex meaning.

Only one of her books was translated to Serbian so far – The Beauty of the Husband: A Fictional Essay in 29 Tangos, translated by English professor Bojana Vulin.

In light of a new translation by Alen Besić expected in Spring 2017, we bring you a few poems from Short Talks, published in 1192.

SHORT TALK ON WHY SOME PEOPLE FIND TRAINS EXCITING

It is the names Northland Sante Fe Nickle Plate Line Delta
Jump Dayliner Heartland Favourite Taj Express it is the long lit
windows the plush seats the smokers the sleeping cars the
platform questions the French woman watching me from across
the aisle you never know the little lights that snap on overhead
the noctilucal areas the cheek-wary page turning of course I
have loyal one at home it is the blue trainyards the red switch
lights the unopened chocolate bar the curious rumpled little
ankle socks speeding up to 130 kilometers per hour black trees
crowding by bridges racketing past the reading glasses make
her look like Racine or Baudelaire je ne sais plus lequel stuffing
their shadows into her mouth qui sait même qui sait.

Day after day I think of you as soon I wake
up. Someone has put cries of birds on the air
like jewels.

Camille Claudel lived the last thirty years of her
life in an asylum, wondering why, writing letters
to her brother the poet, who had signed the
papers. Come visit me, she says. Remember, I
am living here with madwomen; days are long.
She did not smoke or stroll. She refused to
sculpt. Although they gave her sleep stones-
marble and granite and porphyry-she broke
them, then collected the pieces and buried these
outside the walls at night. Night was when her
hands grew, huger and huger until in the photo-
graph they are like two parts of someone else
loaded onto her knees.

Did you see her mother on television? She said
plain, burned thinks. She said I thought it an
excellent poem but it hurt me. She did not say
jungle fear. She did not say jungle hatred wild
jungle weeping chop it back chop it. She said
self-government she said end of the road. She
did not say humming in the middle of the air
what you came for chop.

Some fathers hate to read but love to take the
family on trips. Some children hate trips but
love to read. Funny how often these find them-
selves passengers in the same automobile. I
glimpsed the stupendous clear-cut shoulders
of the Rockies from between paragraphs of
Madame Bovary. Cloud shadows roved languidly
across her huge rock troat, traced her fir
flanks. Since those days, I do not look at hair
on female flesh without thinking, Decidous?

SHORT TALK ON THE SENSATION OF AIRPLANE TAKEOFF

Well you know I wonder, it could be love running towards my life with its
arms up yelling let’s buy it what a bargain!