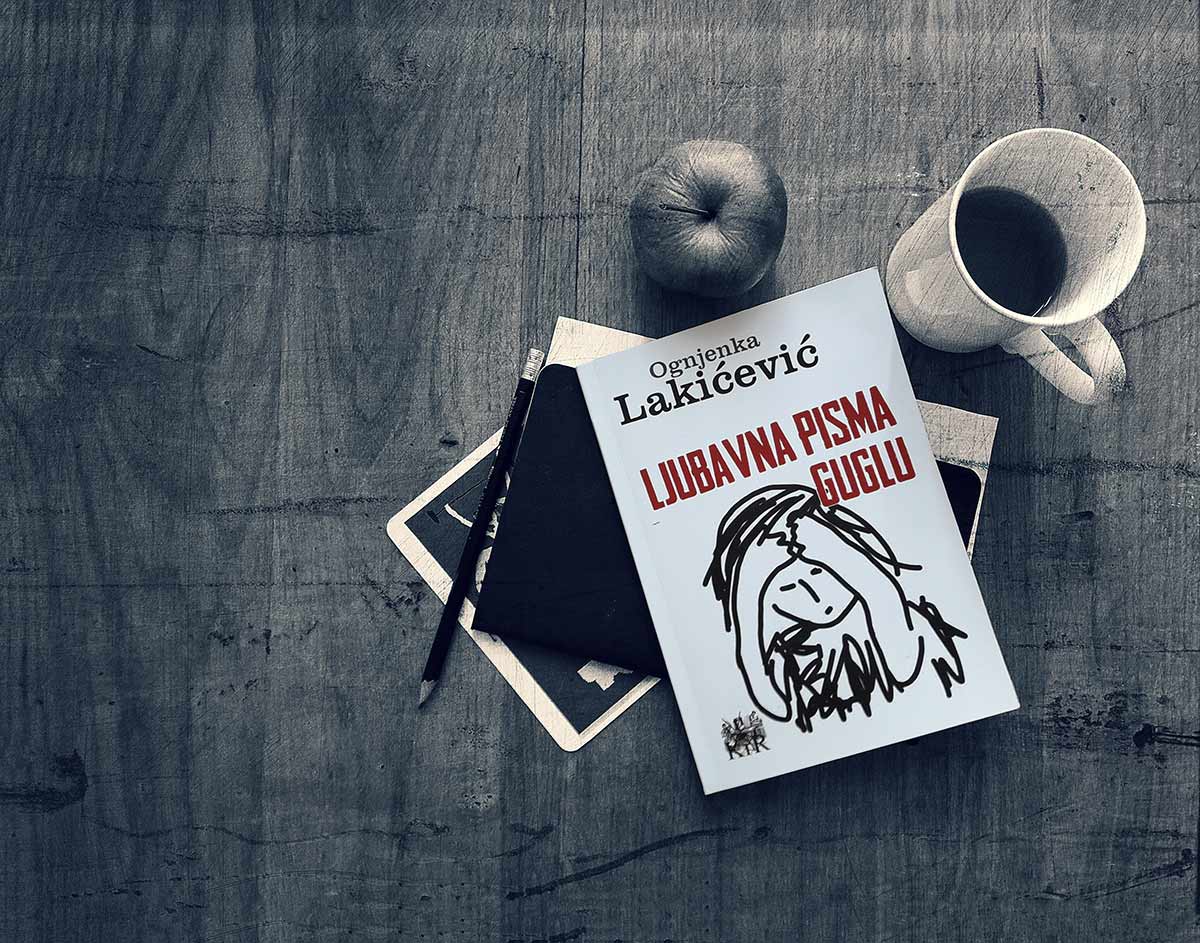 The Belgrade poet and musician Ognjenka Lakićević recently published her new poetry collection Love Letters to Google, and has a performance coming up with her band Autopark, in Belgrade Youth Centre on April 1st. She talked to Ana about her musical influences and inspirations.

It’s both simple and very difficult to introduce people you love. If I were to describe Ognjenka Lakicevic as a philologist, poet, a singer for Autopark and B side, I’d be leaving out a lot; If I were to say she’s great at drawing, loves animals and music- I’d fall into the exact same trap of not saying enough. She is probably best described through her poems, available in collections such as Under the stairs (2002), Dents (2007), Three (2016) and Love Letters to Google (2016) – but also the four albums with her band Autopark.

Sometimes you share excerpts from your teenage diary on social media, in which you often reflect on the music that defined you. You mentioned a ton of bands, and specific artists. Did it ever matter to you, the gender of the artist?

When I was fifth grade I started discovering music on my own, and it never really mattered if the artist is male or female- it still doesn’t. Though I suppose in that in this fragile period I identified with other peoples fragility, so I might have related more to my own gender, as a means of consolation, a mother or sister figure, or a role model. I had less contact with men at the time so I didn’t understand them as well, though I did listen to male artists and painted some sort of a picture, a template of the kind of boys I like.

Though really, I repeat, it makes no difference to me if the musician is male or female or trans. Like the genre doesn’t matter, if I like the song. For me, being a woman defined me as much as where I grew up, who my parents were, what I read and listened to, who I hung out with, who I dated. I’m a bit annoyed by this discrimination, from an important idea and a struggle for justice came this bizarre situation in which the original intent is so far gone, people started concerning them selves with things like women’s writing, female bands, like they’re some sort of circus. I understand where this need comes from, but putting so much emphasis on it bores me, forcefully insisting on correctness is both boring and unproductive, and I never thought something that has to do with justice would have this effect on me.
I can’t be radical, I question everything, especially why someone thinks they’re right, why they pronounce their views as the only truth. You can’t be radical if you look at everything from a thousand different angles, though I understand the need for radicalism and I myself sometimes feel it, but I understand it’s coming from affect and that leads to conflict, not solutions.
Positive discrimination is discrimination too. But we’re all discriminatory in one way or another, like, the whole world has issues with ageism. Unless it’s somehow crucial information, I absolutely don’t care how old an adult is, and I absolutely don’t understand like, pointing out their age in brackets or age limits of any kind and other social terrors. And articles like “She’s 45 and still didn’t fall apart” should be sanctioned for mental genocide. Someday that’ll be unacceptable.

But still, there are some female artists that changed the way we perceive music. We mentioned Suzanne Vega…

Listening to and discovering music, I had so much happen inside of me, that everything that happened in school or in the schoolyard became so ephemeral in comparison. I was burning up inside and I had to write things down in my diary, I didn’t know what else to do with all these emotions, sometimes I felt like my scrawny young body would swell up and explode if I don’t bleed out on paper. It’s the same today, except I have more friends.

Suzanne Vega was one of the first musicians I discovered in that process and she had everything I needed- an attitude, good music, smart lyrics and, what especially fascinated me, her appearance- she was timidly beautiful and somehow studious, not sexualized. I was about twelve then. I thought it was beautiful to me, the was she was kind and unobtrusive but not without attitude, and of course the music, which I immediately fell in love with (The Queen and the Soldier, I loved that song). She wasn’t like other pop stars of the time. Madonna was, for example, always too vulgar and aggressive for my taste. Then again, I find most people to be too vulgar and aggressive. I can understand now why some people consider Madonna to have had an important role in female liberation. She meant nothing to me. Years later I found about Morrissey’s careless statement that Madonna is closer to organized prostitution than anything else. I think she’s a culturally important figure, and she must have been strong and dedicated and disciplined to pull that off, but if we’re talking about someone who influenced me personally, she didn’t.

Suzanne Vega wasn’t selling sex in that way and her focus was on music and storytelling, and I found that encouraging- you didn’t have to be a slut to make it. Or, more importantly, you don’t have to make it at all, at least not in the classical sense. Standing up for something is important. Or some sort of emotional message. Or simply good music. Rock and roll can be many things, not all of them are obvious. So, The Clash and Suzanne Vega.

Sometimes I think the hardest thing is wearing plain clothes, being polite, and somehow being heard because you have important things to say and you can help people. Bravery is the most important thing. It’s the common denominator for everything I like.

Vega had an MTV hit, if you remember, Luka, and the lyrics were not about a guy that was ignoring her, it was about a child who was physically abused by his parents. It’s a very moving song written in the first person, and it’s moving because it’s so calm, as if little Luka has completely reconciled with the situation, he didn’t understand why he was beaten, but he lived with it. An MTV hit, a melancholic girl in a hat with an even more melancholic voice, I think it had subversive potential. I think her first two albums are so important, a vivisection of loneliness and alienation. When I was twelve and thirteen, this was a central topic for me. And much later, too.

I especially liked the story about Chrissie Hyde of The Pretenders, whose new album “Alone” sounds just wonderful. We talked a lot, about her and many others.

One of those moments I remember clearly is when I wrote down how I feel my life is changing, when I bought the album “Learning to Crawl” by The Pretenders. I admired her then, and even more so now. She’s still my favorite singer, my favorite woman in rock, she is an uncompromising attitude, without pretense, without any futile aggression or over-sexualization. In a still predominantly conservative and patriarchal America, she is a privileged white woman who took responsibility for her own life, her work and her opinions, and with her work did more for “women’s issues” than many other projects.

I can remember some women that meant a lot to me: Kim Deal from The Pixies. She’s a legend, I thought she was an absolute dream! I still watch the video for Velouria, I don’t even see the men, I just see her, so beautiful, with the attitude of a truck driver and the smile of an angel. Tina Waymouth from the Talking Heads, Tanita Tikaram, oh, her first album broke my heart, Liz Fraser from Cocteau Twins, Natalie Merchant from 10 000 Maniacs…..And just one song by Joan Baez, Diamons and Rust, was enough to touch me for life, I was honestly enchanted by it. To make such an emotionally complex song, such excellent lyrics and music that correspond to its so well, takes you through the scenes and feelings, I like it more and more whenever I listen to it. The sense for drama, emotion, such musical and emotional intelligence…I always take it as a brilliant example of modern poetry when I talk to students in my poetry class. They don’t have to like it, but I want them to think about it’s components.

Ugh, I feel so bad listing them because I feel like I’ll forget someone and I won’t be able to sleep, I’ll feel like I stole from someone. Although, I mean, I don’t know how it would be stealing, but I stopped making lists, as not to infringe someone. It’s not that it would damage them but I feel bad if I leave someone out.

I know for certain Ognjenka is someone’s musical influence and inspiration as well. Autopark will be playing in Belgrade Youth Centre on April 1st. Or if poetry is more your thing, you can sign up for her poetry class, “Anonymous writers”, until April 5th.

We celebrate women’s original, inspiring literature, and we feel like translation is an utterly wise and creative occupation. Therefore, we will not provide prose or poetry in English unless they already officialy exist in this language, in all their glory and craftsmanship. We sincerely hope you approve of that. 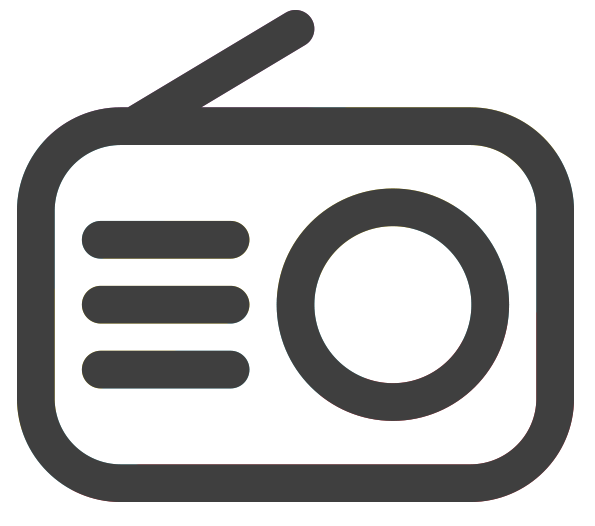