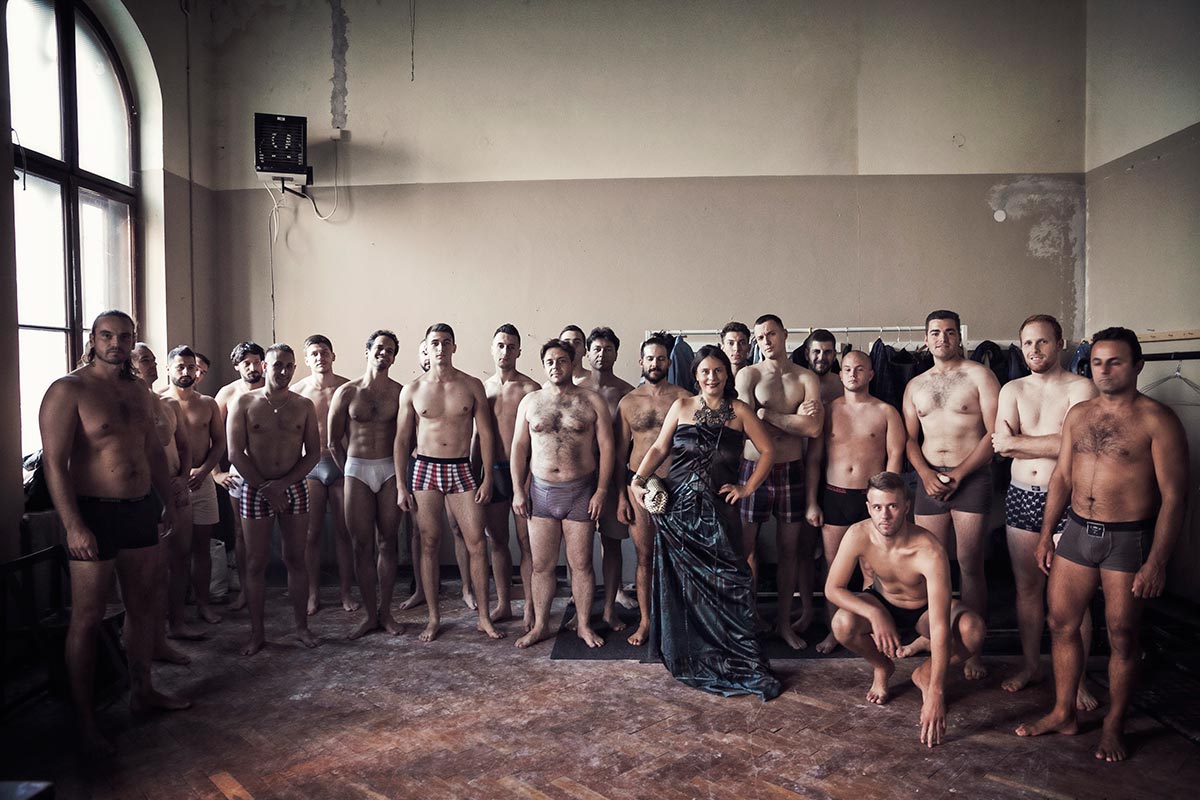 About personal limits, crossing them, the painful step away from an already established system of values and meanings. They are about emancipation, clumsiness and the fear of failure….about giving a new meaning to these things, the slow pace of change and the uncertainty of life…

From one exhibition to another, Ivana won us over with her authentic approach to art and her strong female presence. Her work was shown in the Swiss embassy residence, in a show that generated media buzz due to it’s unique approach. Then it was in Remont gallery, a part of the magnificently thought out “From Diaspora to diversities” concept.
A female sensation, both stoic and fragile, seethes from various forms and objects, words, light, colors or lines: it shines through the darkness from luminous boxes, rises from 3D collages, it’s woven into a luxurious carpet in a bourgeois salon …

Next came October Salon’s “The Pleasure of love”, curated by David Elliott. Ivana’s work provoked the audience and ended up being one of the most talked about on social media. Understandably so- it featured 25 men, lying on carpets in their underwear, under a canopy of tropical plants.

The Salon lasted for six weeks. Opening and closing days featured all 25 men, but in the meantime the scene was sometimes empty, sometimes with only one or a couple of participants. What was your idea like, it seemed like this contrast of empty versus full was important. Does the emptiness have to do with longing or memories?

The setting for “Lines, Rows, Columns (Dormitory) was inspired by the place where the October Salon was held, more specifically a particular room in the Belgrade City Museum, which used to be a military school. Evoking a dormitory, I created a scene of symmetric rows of rugs and plants as a constant, and the male bodies whose number changed in time.

During the opening and closing, they were all there, their presence was very intense, you could feel the energy and the hormonal charge, in contrast to the feeling of absence when there were only one, or two. The shifts of absence and presence was an important element and it built on the topic of vulnerability- both individual and systematic. Audience reactions were more intense among the large group of bodies, but there was also the possibility of contemplation in their absence.

The emptiness suggested departure, ending, and similar uncomfortable feelings that come with absence or change, but at the same time there was space for new beginnings, being allowed to construct a new story. In this sense it worked almost as a mirror, everyone saw what they wanted.

What are your impressions of the opening? How did the men feel?

The atmosphere at the opening was like a conflict of energies between the sleepers and the audience, almost like a battlefield. What’s interesting is that the guys asked me wether they could look at people coming in and interact with them in this way…The opening lasted for hours and it was a huge challenge for them- people would touch them, try and communicate, and their obligation to stay silent became more difficult and even almost impossible. 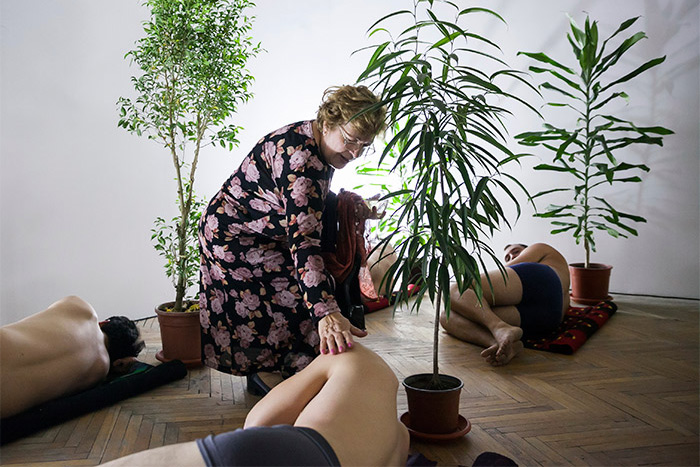 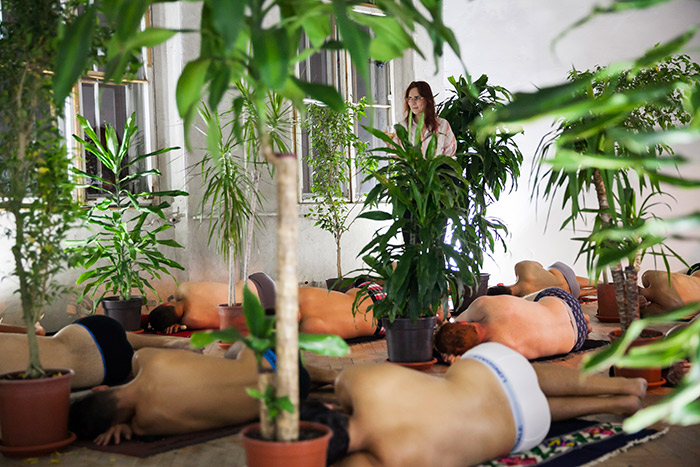 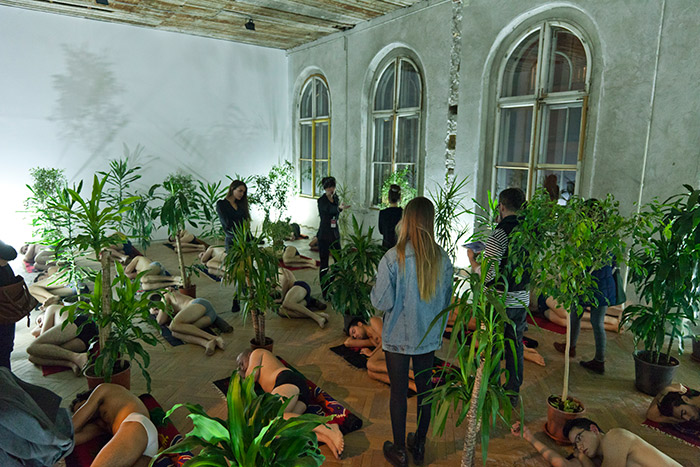 The men who participated were not professionals- only a couple of them had any experience with being on stage and the rest of the group consisted of people who had background roles in commercials, and their friends. The unrestrictive way in which the group was formed also meant that they were a sort of cross-section. Their job wasn’t easy, they had to lie stil, in an uncomfortable position, switching sides every 30 minutes, with people constantly surrounding them, and having no practice beforehand.

They’re exposed to the public which creates an atmosphere of intense vulnerability, emphasizing different dimensions of human fragility, the fragility of our bodies even when young and in peak condition. The bodies are, amongst other things, a metaphor for lovers and memories, but also a commentary on the eternal question of balance of power on which our civilization relies on…

Most people commented on their underwear, on why they’re not completely naked or at least wearing the same thing?

The idea was for the guys to be as naked as they could, to a degree which shows societies readiness to cope with nudity. I didn’t want to impose costumes or rules about how much they’ll take off, but it turned out that everyone felt comfortable in their underwear. At first, some of the men were completely naked, but group dynamics soon made them cover up. But what I overlooked was just how much this would affect the whole scene, how much personal pieces of underwear really characterize us and make us seem even more naked, more stripped-down- real, in fact. That came as sort of a gift. So it turned out that the audience had to put up with underwear that wasn’t styled.

But it had marked the border in intimacy that I wanted to talk about in the work itself, the border between the sleepers and the audience- personal space. And it became that much more because the choice of underwear alarmed many – why isn’t it prettier, why isn’t it original, why is it Chinese? Audience comments often reduced to judging the beauty of the bodies, their zealousness proving how the naked body provokes strong reactions and even discomfort, showing just how free and comfortable with ourselves we actually are.

I was also surprised by the inherently patriarchic comments – many people admitted they’d feel much more comfortable if they were walking around nude women. When I asked them why, they all had a similar response – they’re more used to it.

The naked male body is something you’ve worked with before, like in the Male Nudes series.

The male body is a constant theme in my work, I tend to question myself and my being through men and their roles in my life. It’s a complex mechanism: from emancipation to sexuality, sentimental and engaged at the same time.

Still, working with people must have been a big step?

I’ve thought about including people in my site-specific installations for a while. Now, after my experience with “Dormitory”, I feel like I’ve opened up a whole new field of possibilities- compositions that incorporate the human body, with minimal movement, that interact with a passing audience. There’s minimal distancing and no acting, the body is exposed and left personal and unchanged. It’s very exciting, the act of gathering collaborators and going to an unknown, risky place together. The alliances that arise from this are incredibly valuable, like the one I have now with David Elliott, who’s given me the motivation and support to set up Dormitory. The point is really in the mutual trust.

What are you working on now?

I’m preparing my next project, which is a collaboration with Beirut theatre Teatar Gemmayze. I’ll be using their stage for another installation involving people. I feel a strong connection with that environment and this personal excitement inspired my 2015. project “Like there is no tomorrow”, which greatly influenced my work on “Dormitory”.

I’ve also been working on a long-term art book project, which are travel accounts illustrated with photos and drawings, about the countries I’ve been to and how they influenced my work. They’re a sort of combination of work and a constant journey into the unknown. I’m just finishing up the first one, which started in Morocco and is more of a diary, the intimate confessions of a woman transitioning to maturity and the inevitable topic of accepting your own body and it’s limitations.

Would you give us a sneak peek? 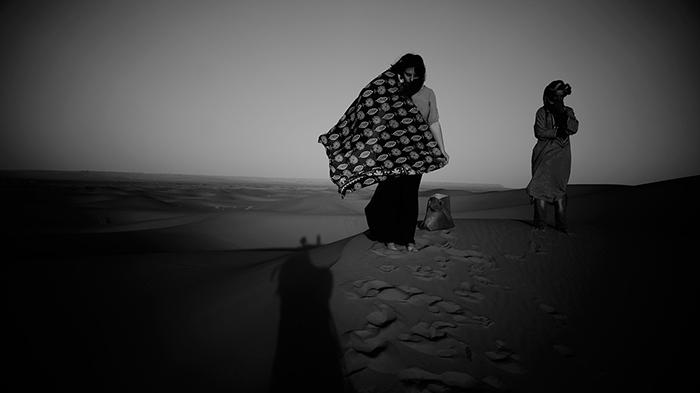 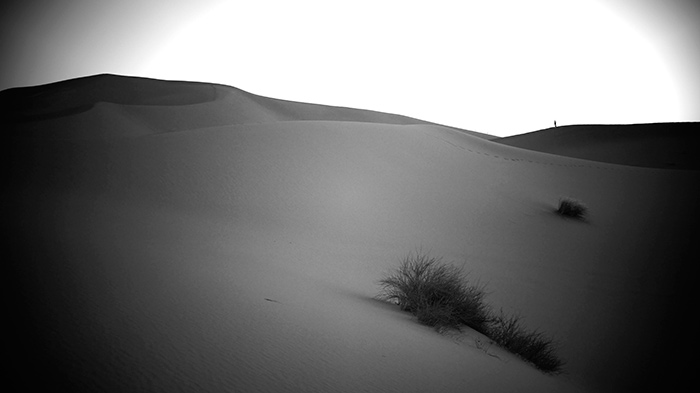 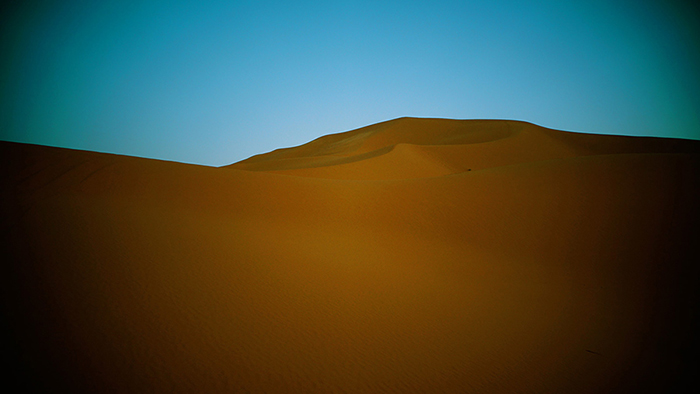 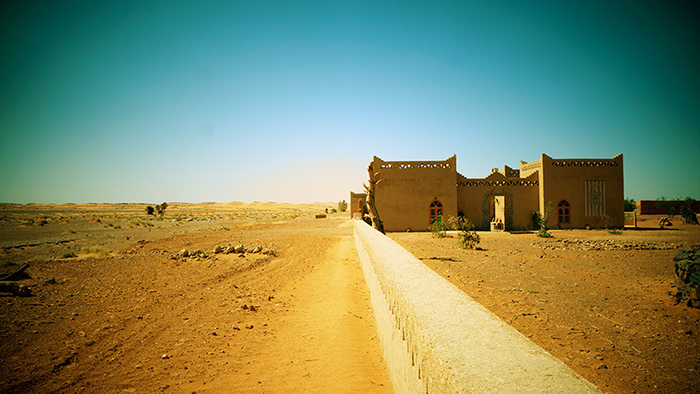 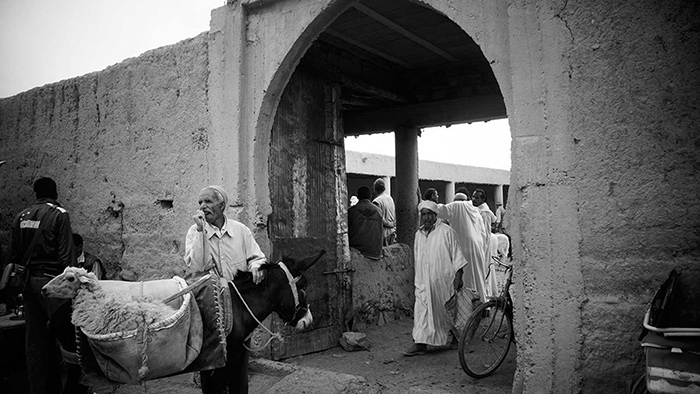 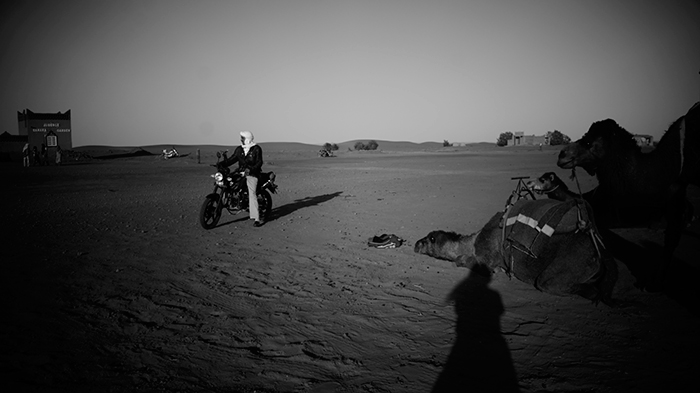 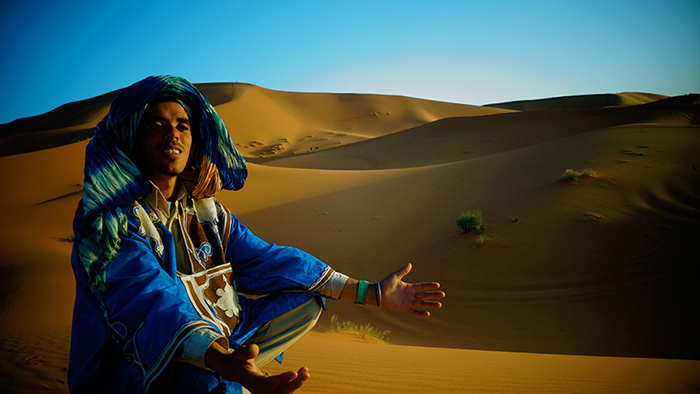 (Poem and photographs are taken from upcoming book: THE ARTIST ON THE ROAD: Ivana Ivkovic, MOROCCO)

During the ten years she’s been professionally active, Ivana Ivkovic based her works mostly on drawings, using the technique’s flexibility to show us the expressive and interpretive potential in articulating the conceptual and thematic content on which the artist’s research focuses, and which ranges from self-reflective, intimate stories to global socio-political phenomenons arising from the artists frequent dislocating through her travels and nomadic lifestyle.
Although in more recent productions she works with other media (photography, environmental art and spacial installations, textiles and luminous objects), drawings have always been a sort of starting point for Ivana’s experimentation with forms and the conceptualization of new works.

The artist recognizes drawing as the most direct way to visually translate emotional states and thought processes, but also as a strong element of communicating experiences and observations of people, interpersonal relations, social dynamics, cultural and historical heritages of faraway regions. Ivana’s drawings often have elements of text as an integral building block (lyrics, slogans, quotes, pop-culture related messages) which function as a sort of diary, or sometimes even sketches whose final visualization will be in large-scale, three-dimensional works. Regardless of whether they remain a two-dimensional play of lines and shapes or are later monumentalized, what connects all of Ivana’s works is the associativity of scenes, layering of symbolic motifs, and a subtle but strong poetic statement.

The very characteristic basic principle- which the artist built with her drawings and further developed with other carefully chosen techniques and materials- can most accurately be understood as a reflection of the specific sensibility and perception of the world which will, during the artist’s search for personal and artistic identity, interweave with intimate narratives and autobiographical references to the socio-political realities of Central and Latin America, Africa, Europe, and the Middle East.